Pomerium is capable of creating secure connections to services like SSH, Redis, and more by creating a TCP tunnel to the service with a local client. This article describes configuring a route to accept TCP connections, and using either the CLI or GUI client to connect to it.

The example below demonstrates a route to the SSH service on the host running the Pomerium Core or Pomerium Enterprise service: 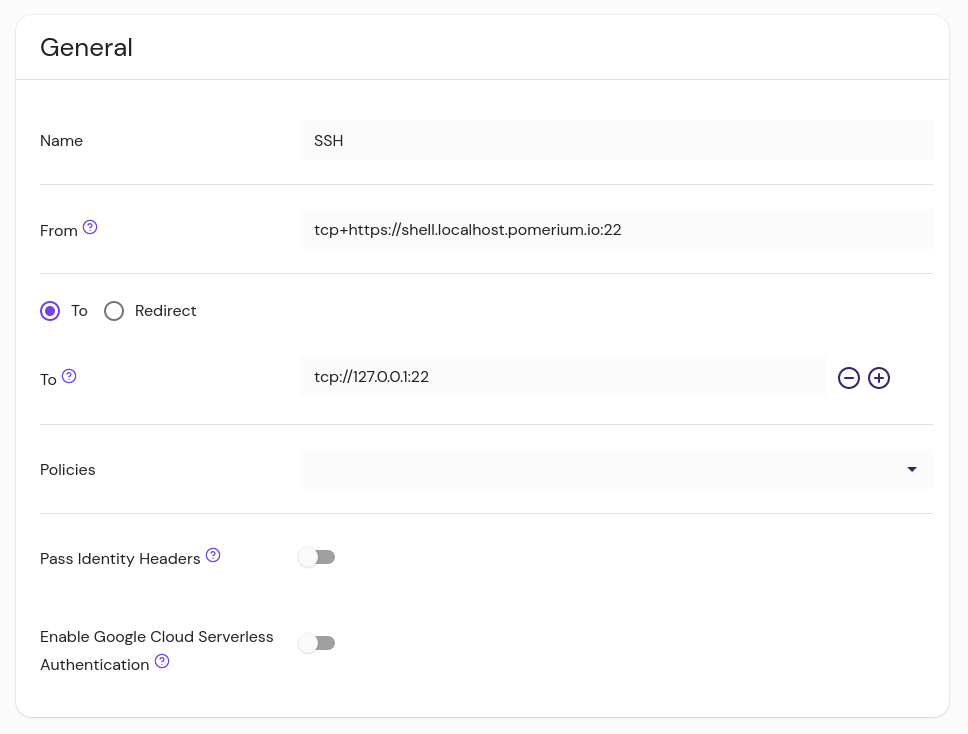 You can connect to this route with either the Pomerium CLI or Pomerium Desktop client. 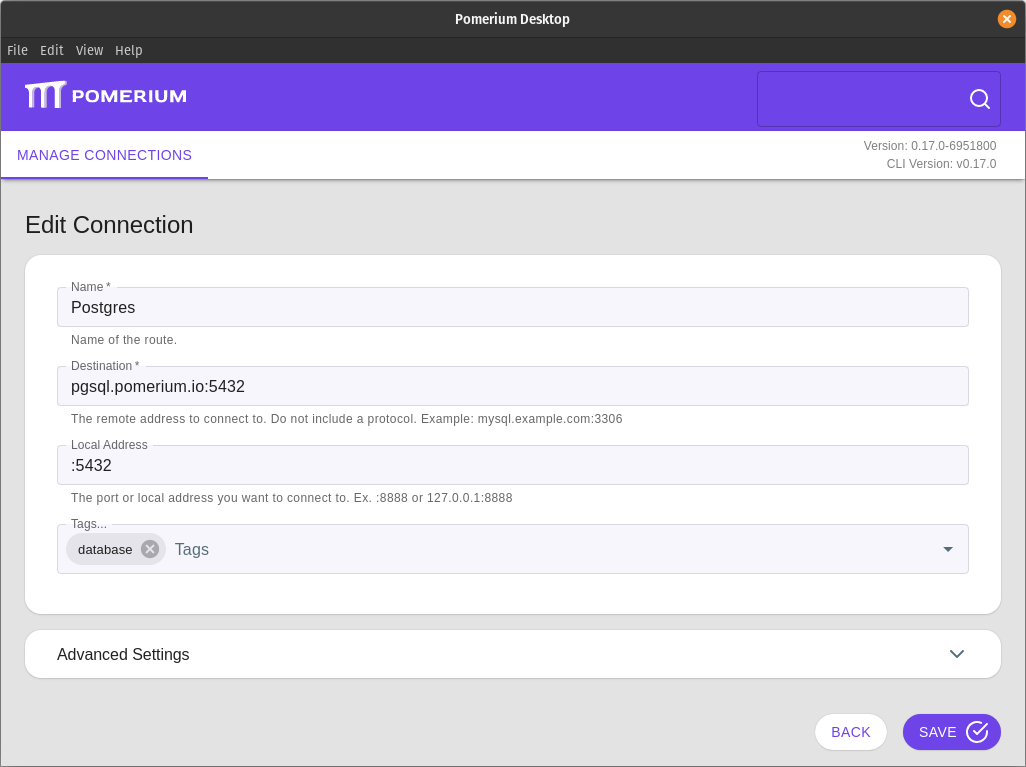 Name: A local name for the route.

Local Address: The local address and port number from which to access the service locally. If left blank, the client will choose a random port to listen to on the loopback address.

In most cases, you only need to specify the port (ex: :2222), and the client will listen on all available local addresses.

Tags: Use tags to sort and organize your TCP routes.

Pomerium URL: The Pomerium Proxy service address. This is required if the Destination URL can't be resolved from DNS or a local hosts entry, or if the Proxy service uses a non-standard port.

Client Certificate & Certificate Key File or Text: For routes that require client certificates for mTLS, you can provide the certificate and key file to the Pomerium Desktop client.

See Release to learn how to install pomerium-cli in your environment.

# Connect to a TCP Route

If Pomerium is listening on a port other than 443 (set with the address key), the pomerium-url flag (CLI) or "Pomerium URL" field (GUI) is required. This specifies the address and port for the client to communicate over, while the standard URL defines the port assignment for the specific route. For example: